SGS were contracted to resurface the access road and car park at Haywards Heath Golf Club. From start to finish they were responsive and professional and did a great job. 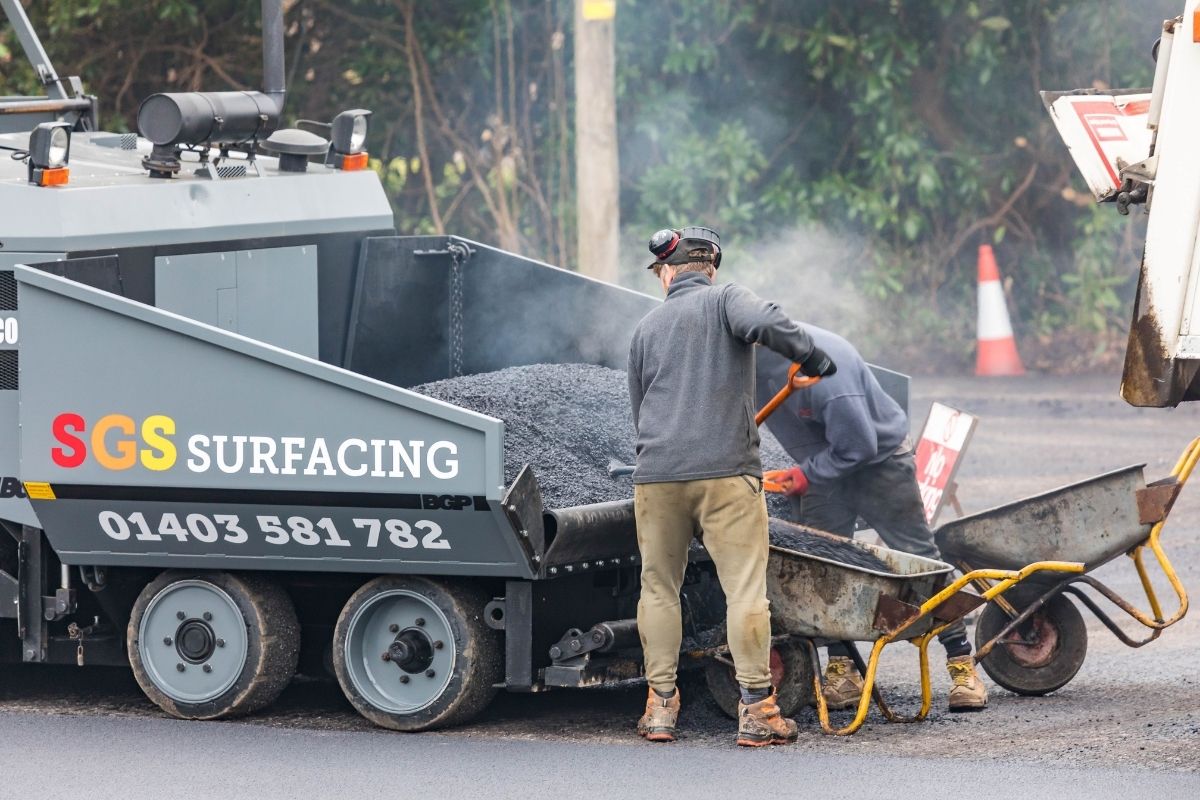 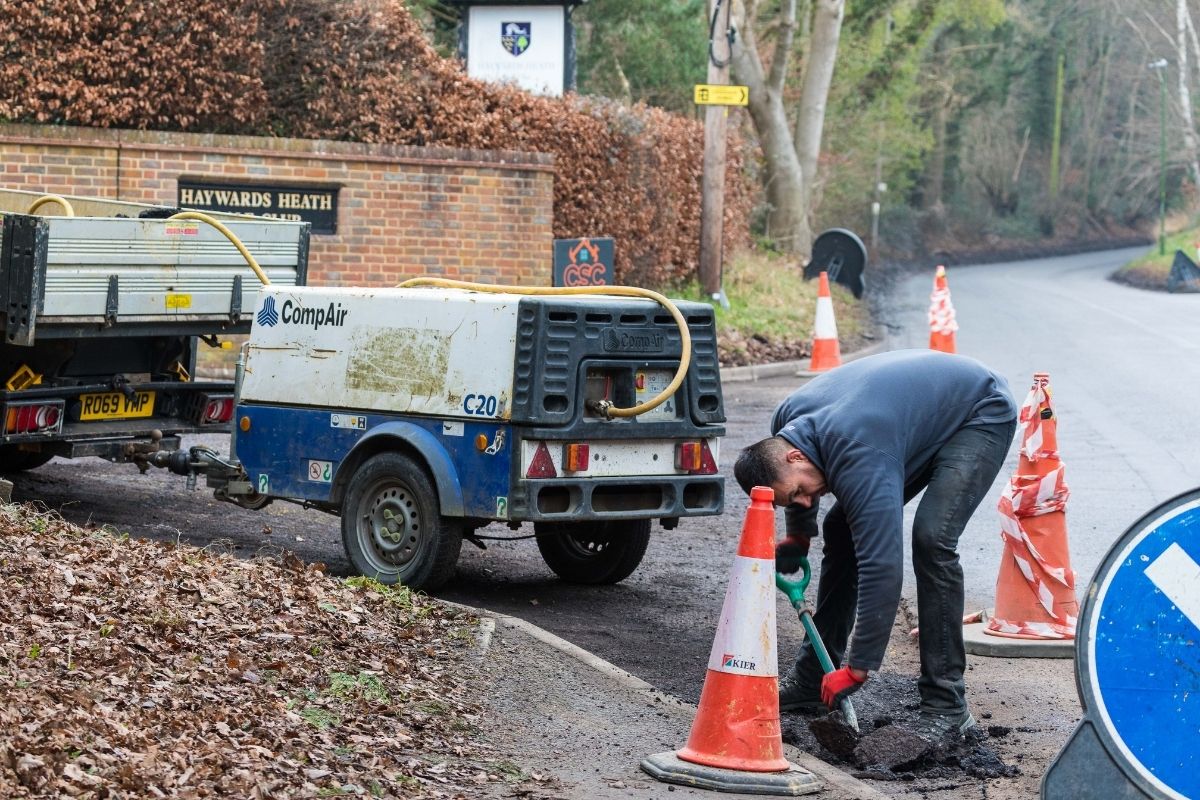 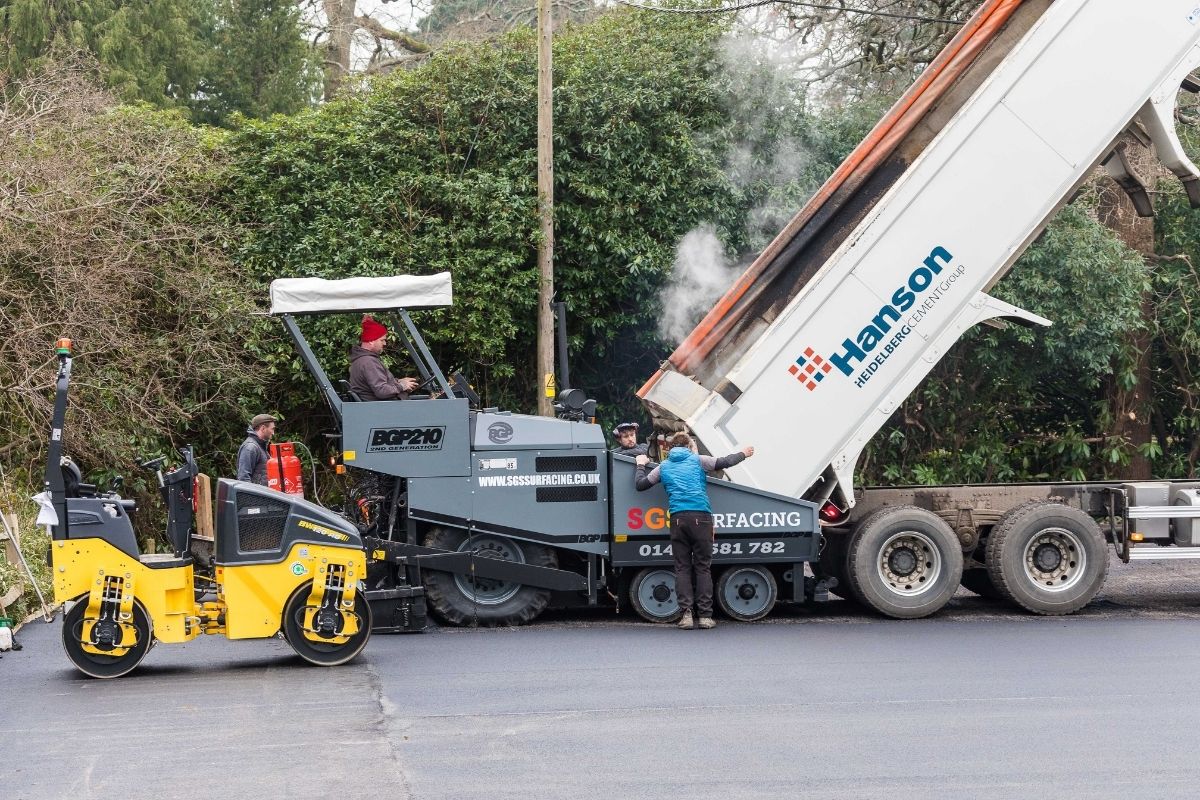 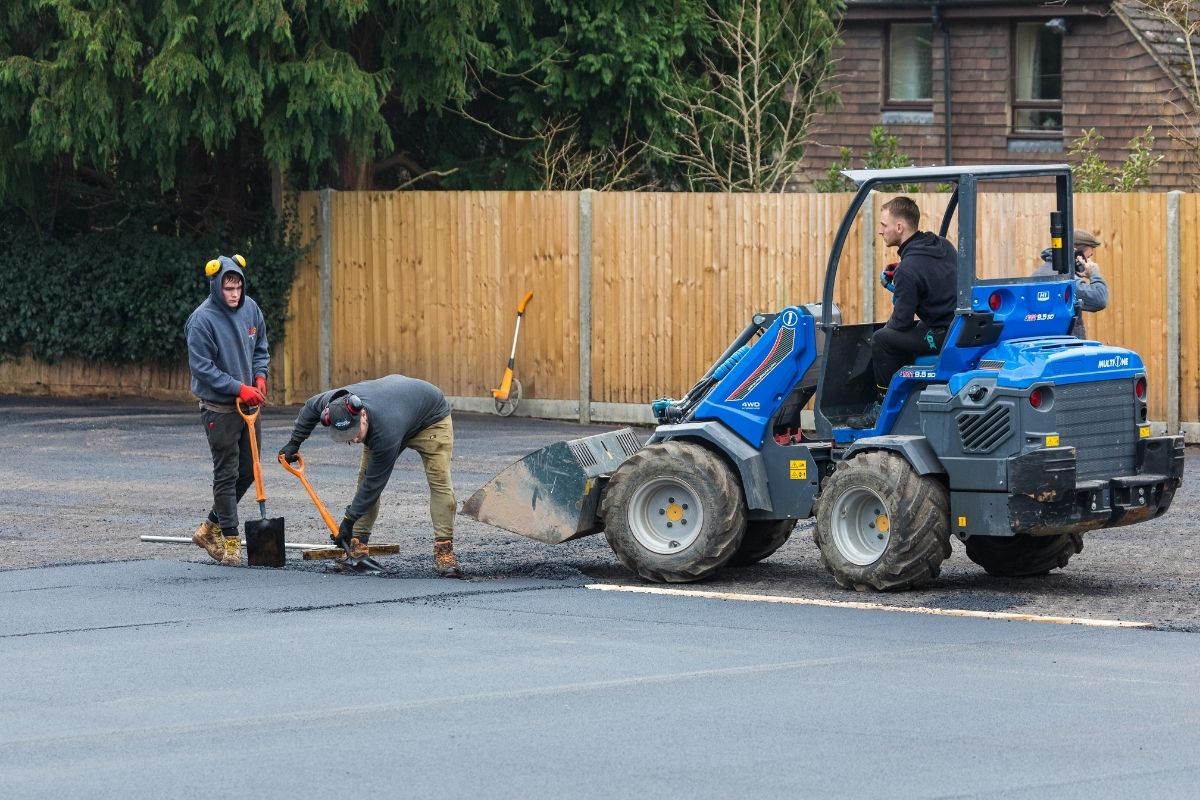 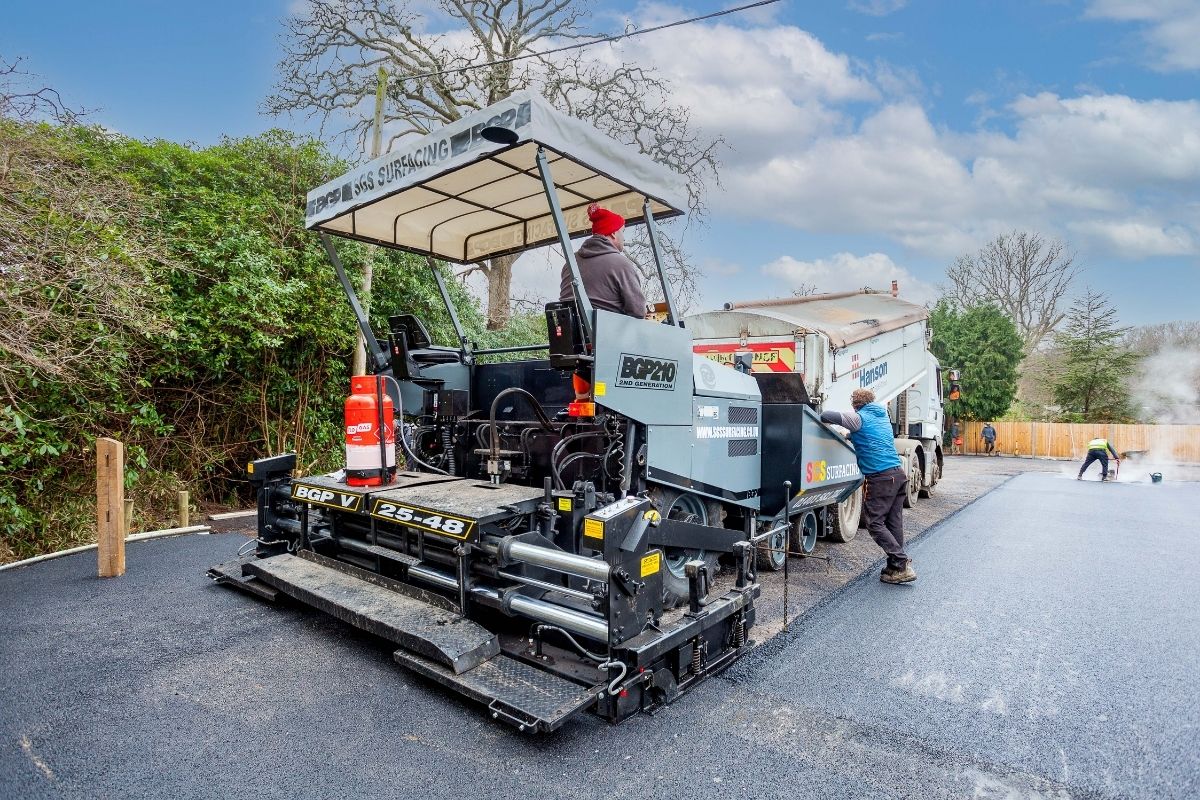 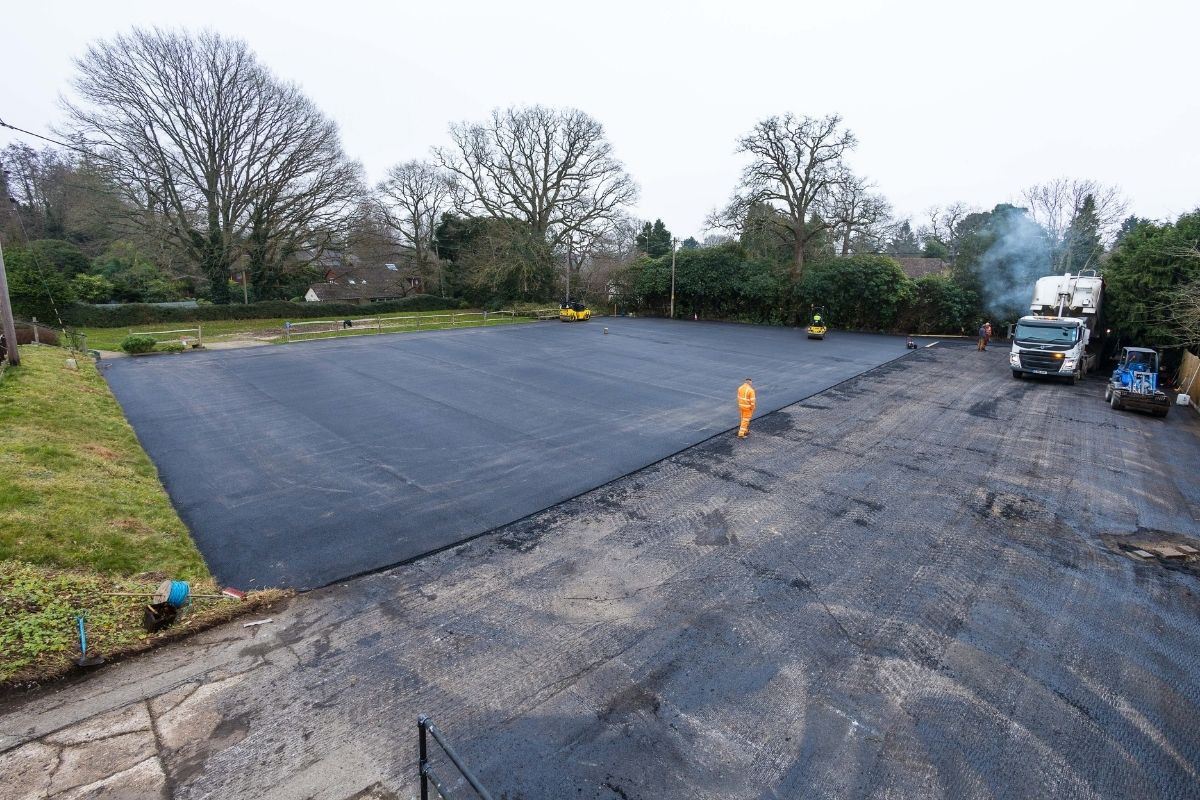 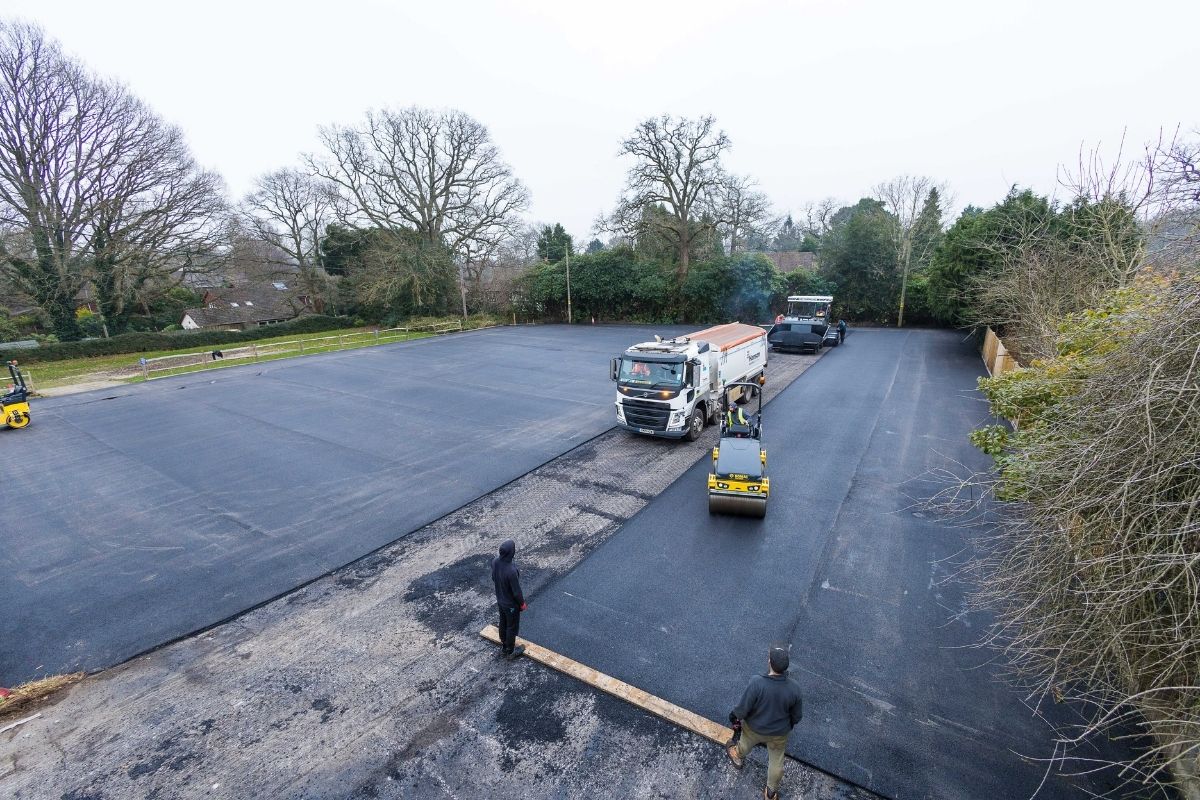 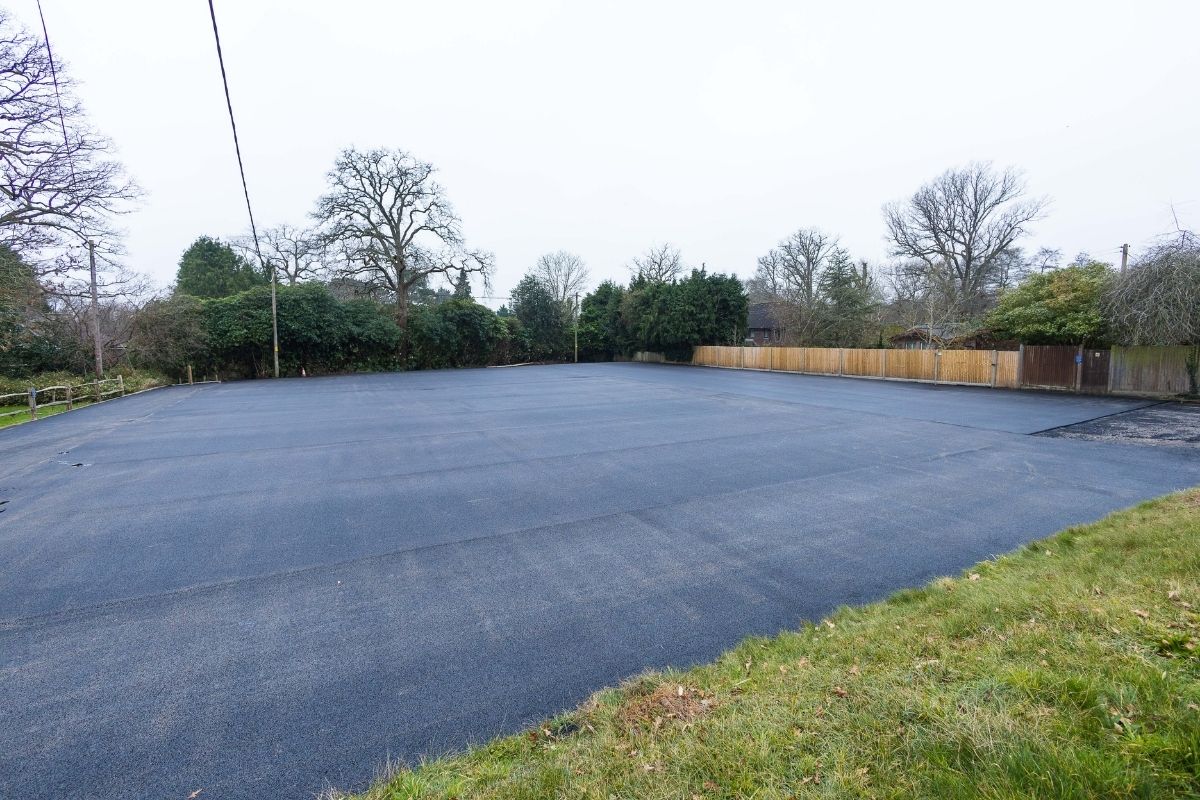 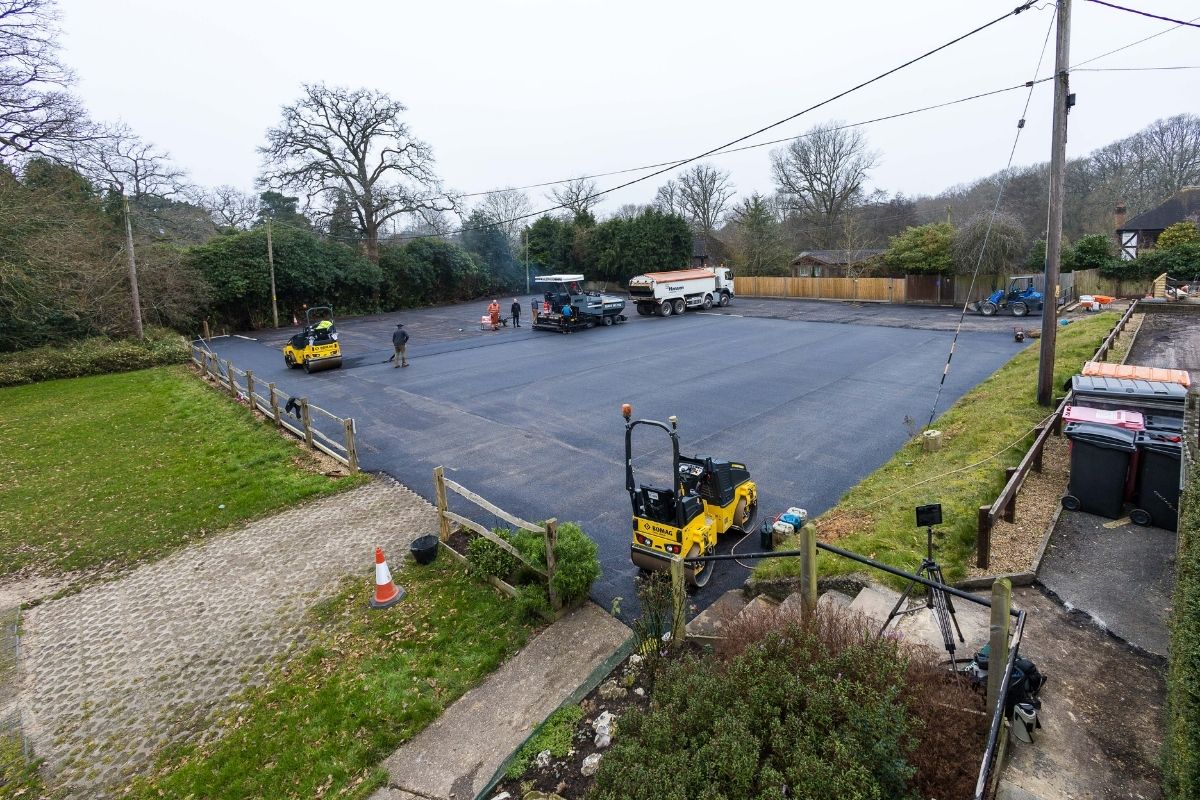 When Haywards Heath Golf Club reached out to us to resurface their existing access road, car park and associated areas, we were delighted. All areas in question were laid with asphalt that was in poor condition, and we were pleased to get stuck into a larger scale project with our new machine in tow.

Work started at The Golf Club in Haywards Heath on the last Monday of January, with the club being closed for the duration of our work. Our brief was simple: “The club must re-open on Saturday”.
This gave us five days to complete an area of 5000 m2!

We began by planing off the old asphalt in various areas to provide a decent key for new asphalt. This also smoothed out the lumps and bumps creating a smoother and more consistent sub base. We could then resurface with new asphalt and re-paint all the lines.

Our friend at Geoff Greenfield planers arrived first thing Monday morning along with two lorries from PJ Browns. Our full SGS team spent a very long day at Haywards Heath Golf Club – although no rounds were played. We broke areas out, raised and adjusted ironwork, replaced manhole covers and applied a tack coat. As the light faded on our first day we had just finished the last area of preparation on the club’s car park.

Our new asphalt paving machine was unloaded from the lorry along with all manner of rollers and loaders. Our full eight man team was on site at first light with 160t of asphalt ordered with first load at 8.00 am.

Day two went perfectly with the last 20t load being laid by 15.00 giving a good hour or so of light to tack coat the next area and tidy up.

Day three and four went equally as well, leaving us with only a 40t load to lay on our final day, Friday. This left us with 40t for the Friday along with Central Line marking arriving on site at 9.00 to complete all line painting.

On day five both loads arrived on time. The line painters completed their work and followed us off the job for 4.00 pm after a big clean up!

The result was fantastic and the customer was delighted with the finished outcome. 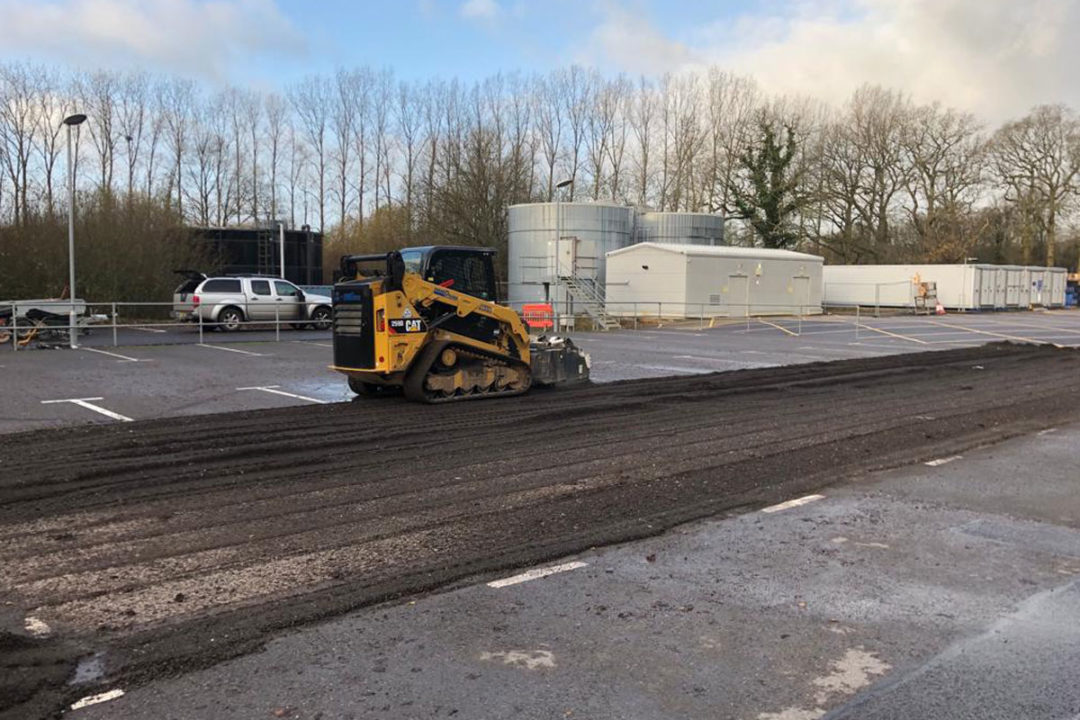 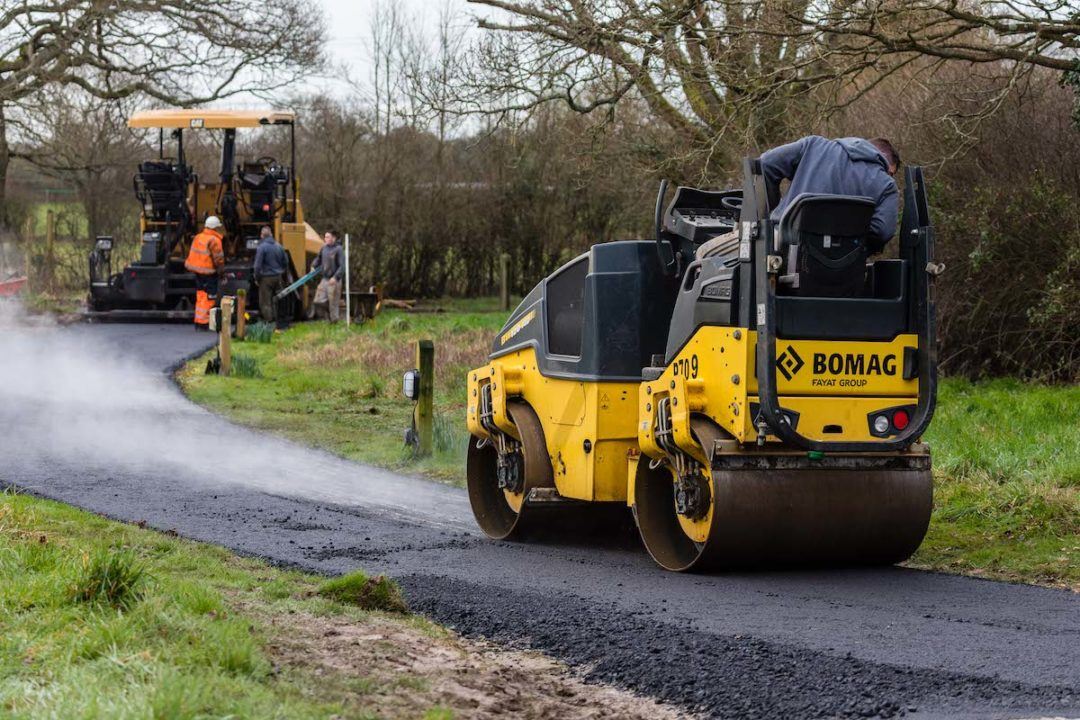 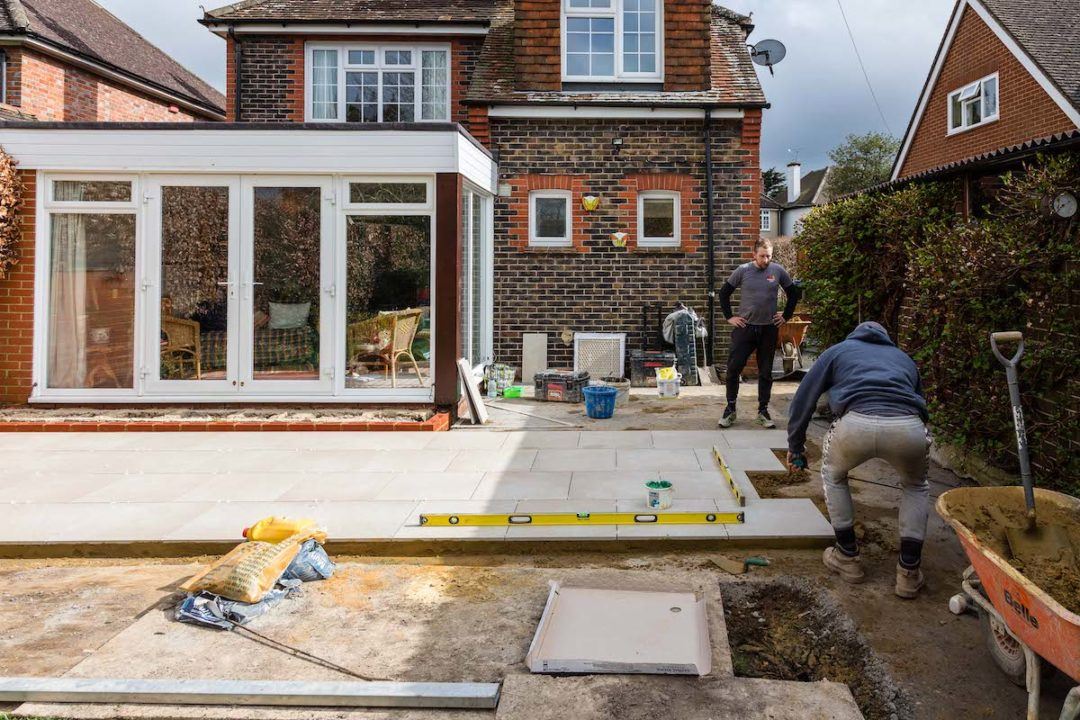 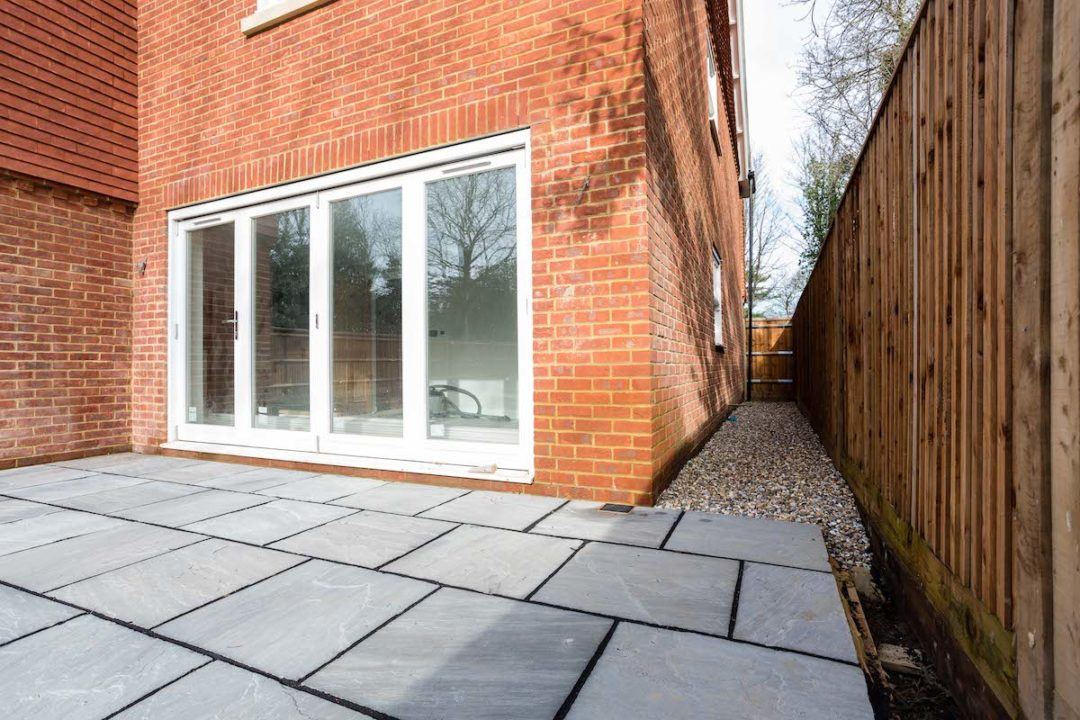